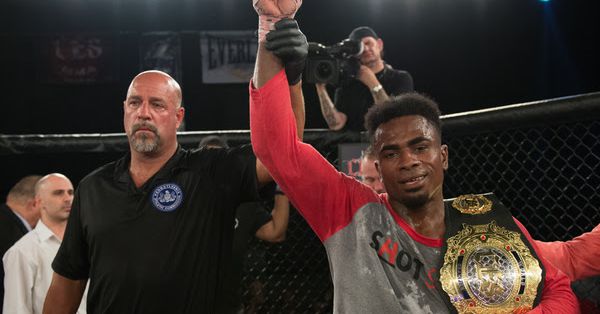 The UFC has found a replacement opponent for Warlley Alves.

Alves (14-4) now faces octagon newcomer Jeremiah Wells (8-2-1) this Saturday at UFC Vegas 30 at UFC APEX in Las Vegas, following the withdrawal of Alves’ originally scheduled opponent Ramazan Emeev. The change has been made according to the official schedule.

Wells has not competed since Sept. 21, 2019, when he won a vacant Cage Fury Fighting Championship welterweight title with a second-round submission of Marco Smallman. He was set to make his UFC debut in September of last year against Miguel Baeza, but that bout fizzled when Baeza was not medically cleared to compete. Wells has lost just once in his past seven outings.

For Alves, this marks his second appearance of 2021. He defeated Mounir Lazzez by first-round TKO at a Fight Island show in January and earned himself a Performance of the Night bonus. In his past five fights, Alves has alternated wins and losses. His UFC record stands at 8-4.

See the updated lineup for UFC Vegas 30 below (bout order not finalized):