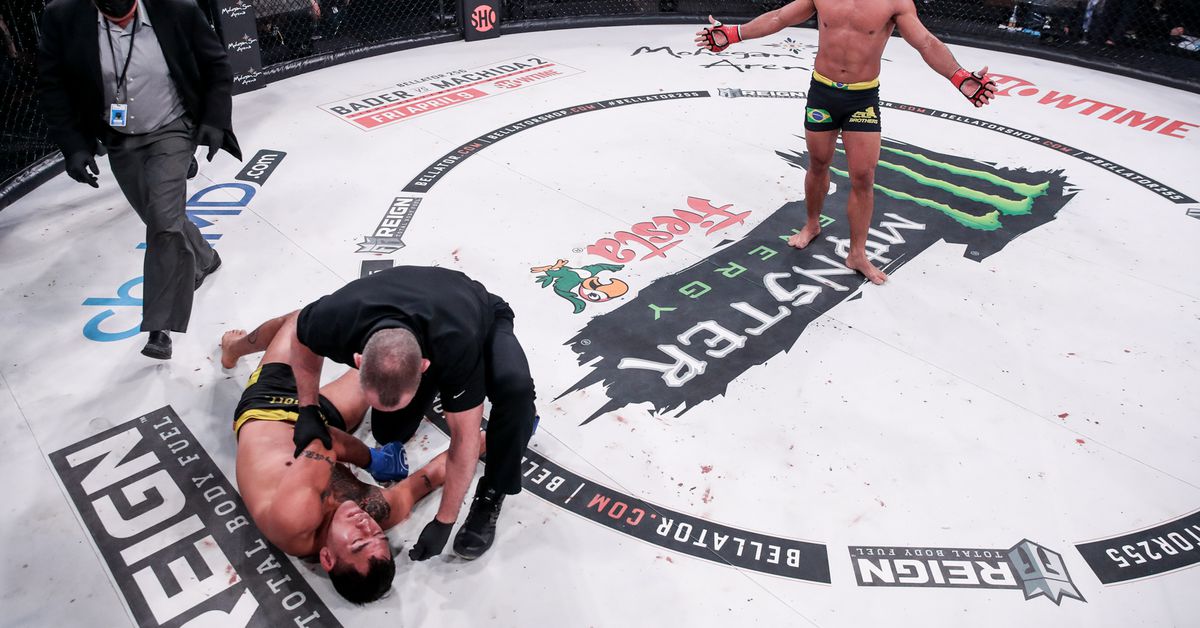 Patricio Pitbull is still the undisputed king of the Bellator featherweight division.

Facing Emmanuel Sanchez (20-5) for a second time, Pitbull (32-4) made short work of his rival in Friday’s Bellator 255 main event, latching on a guillotine choke and leaving Sanchez unconscious at the 3:35 mark of round one. With the win, Pitbull recorded his fifth straight successful defense of the Bellator featherweight championship.

The end came after Pitbull began to push the pace in what had been a methodical affair up to that point. He caught Sanchez with a combination and then again with a right hook that had an advancing Sanchez off-balance. Sensing an opening, the champion immediately jumped up for a guillotine and brought Sanchez down to the mat with him. Sanchez was unresponsive when referee Todd Anderson went to check on one of his arms and the bout was waved off.

Pitbull now holds two victories over Sanchez. He defeated Sanchez by unanimous decision to successfully defend his title at Bellator 209 in November 2018.

Friday’s main event also served as the semifinals of the Bellator Featherweight World Grand Prix. Pitbull now advances to the finals to face the undefeated A.J. McKee (17-0). The winner of the tournament earns the featherweight championship and a $1,000,000 prize.

The two finalists faced off in the cage following Pitbull’s win.

In the co-main event, Jason Jackson (14-4) picked up his fourth straight victory in a weird encounter against Neiman Gracie (10-2) that saw Jackson face early adversity when he scraped his left eye and face against the cage while defending a takedown. The action was uneven from there, with Jackson spending most of the fight out-striking Gracie and defending takedowns.

Gracie threatened with a submission in round one as he took Jackson’s back, but Jackson escaped bad positions on multiple occasions and actually ended the first round in top position. In rounds two and three, Jackson defended well against Gracie’s attempts to initiate offense from the bottom, resulting in some uneventful grappling exchanges.

Another eye poke—this time to Jackson’s right eye—again brought the action to a halt, but Jackson was able to continue despite clearly being bothered by the foul. Gracie scored with a trip that ended up with Jackson on top of him and though Gracie appeared to be controlling the ground fighting, he also failed to do much damage or set up submissions.

In the end, Jackson won the fight on all three judges’ cards with a trio of 29-28 scores.

The grudge match between heavyweights Tyrell Fortune (10-1, 1 NC) and Jack May (11-8, 1 NC) was a one-sided affair as Fortune manhandled May en route to a first-round TKO victory. Fortune, a Division-II wrestling champion, immediately took May down against the fence and went to work with ground-and-pound.

May was couldn’t deal with Fortune’s top game and Fortune moved into position to land dozens of unanswered strikes as May turtled up. Referee Dan Miragliotta eventually stepped in to wave off the bout at 3:16 into round one.

This was a rematch from Bellator 245 on Sept. 11, 2020, which ended in a no-contest when May was rendered unable to continue after taking a low blow from Fortune. May stepped in as a short-notice replacement on Friday for Matt Mitrione, who withdrew earlier this week for undisclosed reasons.

Undefeated lightweight Usman Nurmagomedov put on a surgical performance in his Bellator debut, improving to 12-0 with a unanimous decision nod over Mike Hamel (7-5).

Nurmagomedov spent much of the fight on the outside, using his precise striking to pick Hamel apart with jabs and kicks. A game Hamel advanced throughout the bout, but was repeatedly battered with well-timed counters. By the end of the fight, a bloodied Hamel had clearly been out-struck and the judges gave Nurmagomedov the contest with a pair of 30-27 scores and a 29-28 score.

Kana Watanabe (10-0-1) remained undefeated with a hard-fought split decision win over one-time flyweight title challenger Alejandra Lara (9-4). It was Lara who was a step quicker out of the gates as she charged in and landed punches on Watanabe before being taken down. Lara avoided taking any major damage on the ground and later reversed into mount during another grappling exchange. The advantage on the feet gave Lara the first round.

Watanabe’s grappling helped her to turn the fight around in the second and she walked through some heavy elbows to secure a trip. The two engaged in some entertaining scrambles, but it was Watanabe who secured better positions for the majority of the round while also scoring with ground-and-pound. The third round was a clear Watanabe frame as she again scored an early takedown and neutralized Lara with her grappling.

See the full Bellator 255 results below, which is available for free replay on MMA Fighting: 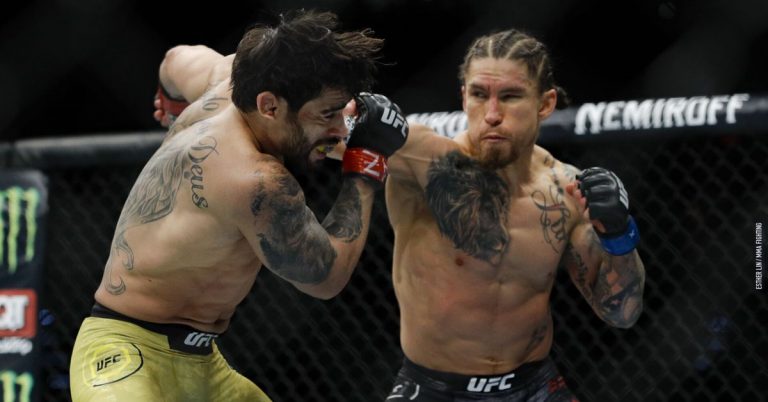 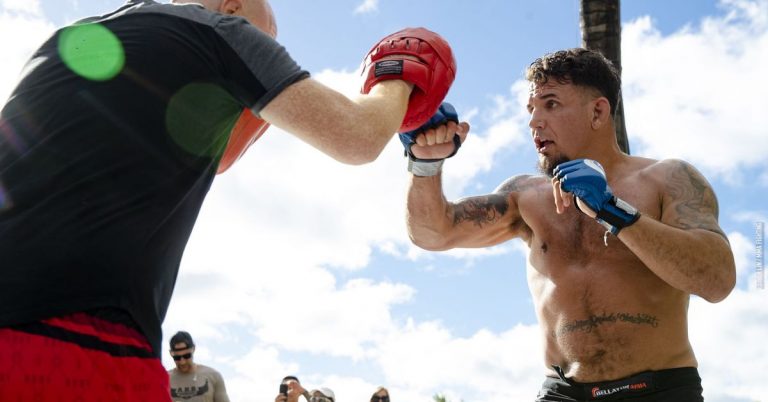 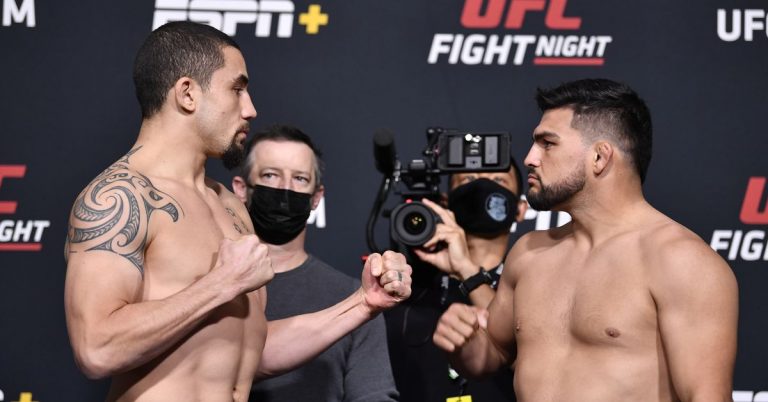 MMA Fighting has UFC Vegas 24 results for the Wh 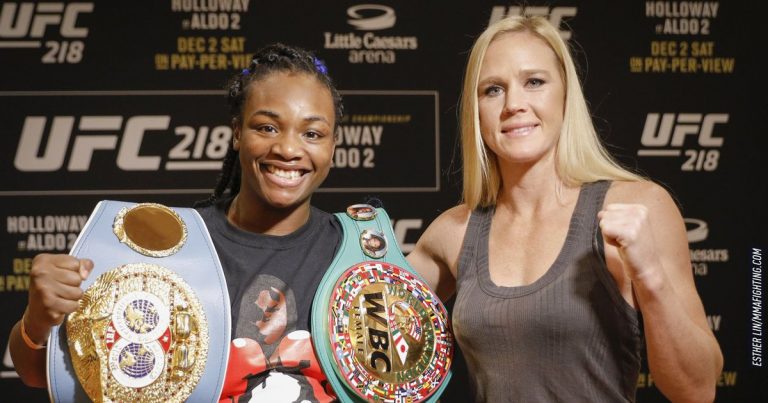