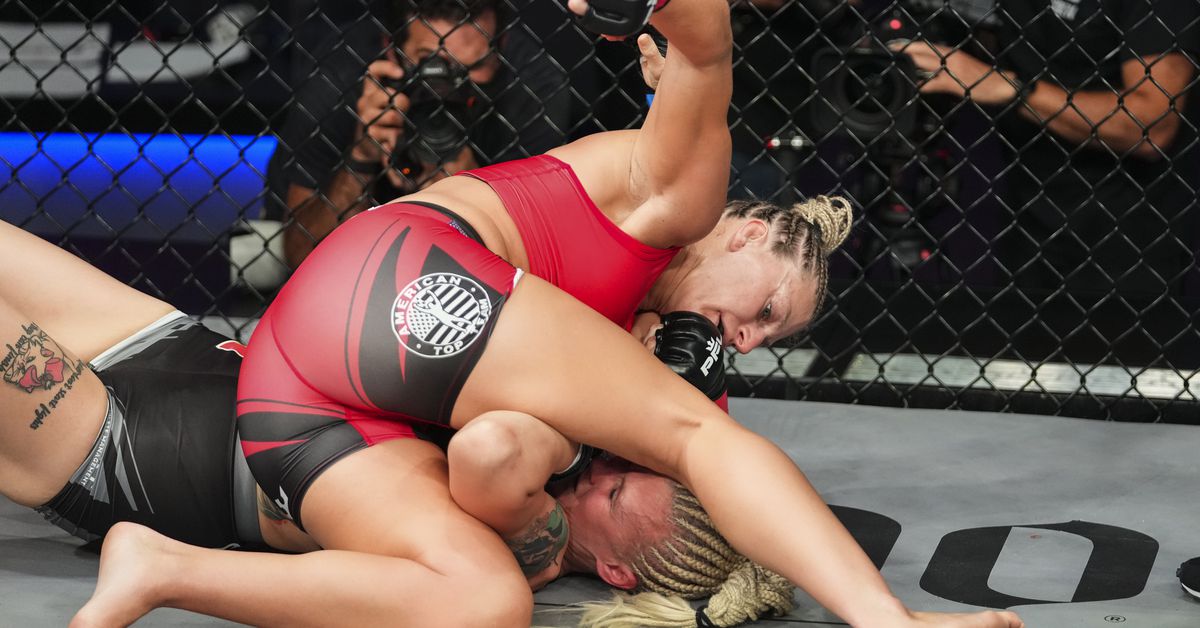 Kayla Harrison may not be the No. 1 seed in PFL’s upcoming lightweight playoffs, but for a second straight season it’s going to be her tournament to lose.

Harrison steamrolled over longtime MMA veteran Cindy Dandois on Friday at PFL 6, winning a lopsided main event over Cindy Dandois with a first-round armbar. With the victory, Harrison is locked into the No. 2 seed of PFL’s women’s lightweight playoffs.

“I’m so far ahead of all these girls,” Harrison said. “Since I was eight years old I’ve been dropping people on their head. I conquered the judo world, which no American was ever able to do, and now I’m here to conquer the MMA world. This is the Game of Thrones and I’m going to be the queen.”

Harrison gave Dandois no quarter as she outclassed the veteran from the opening bell, blasting her with punches from the crucifix position and full mount before transitioning into a fight-ending armbar with just 16 seconds remaining in the first round. Harrison is now slated to meet No. 3 seed Genah Fabian in the semifinals, while No. 1 seed Larissa Pacheco takes on No. 4 seed Taylor Guardado, with a $1 million grand prize at stake for the winner.

The night’s co-main event proved to be another frustrating night for Anthony Pettis, as the former UFC champion dropped to 0-2 under the PFL banner with a controversial split decision loss (29-28, 28-29, 29-28) to Raush Manfio.

Manfio and Pettis fought close on the feet for the opening two rounds, with Pettis getting the better of many exchanges. But round three ultimately became the turning point as Manfio twice dropped Pettis with strikes, first with a blitz of punches, then with a monster knee that put Pettis into desperation mode. In the end, Pettis exited his debut PFL season as one of only two lightweights to fail to win a single fight.

The PFL men’s lightweight bracket is now set with No. 1 seed Loik Radzhabov vs. No. 4 seed Alexander Martinez and No. 2 Clay Collard seed vs. No. 3 seed Manfio.

In what may prove to be a seminal moment for PFL’s featherweight division, two-time season champion Lance Palmer was eliminated from playoff contention after suffering a unanimous decision loss (29-28, 29-28, 29-28) at the hands of Movlid Khaybulaev. It marked Palmer’s second defeat of 2021 — he previously lost a decision to Bubba Jenkins in April — and like the Jenkins loss, it wasn’t particularly close. Khaybulaev dominated Palmer in every realm of the fight, winning the striking battle 101-74 and winning the takedown battle 4-0.

The loss may have ultimately signaled Palmer’s final time competing in the PFL cage. Despite being the most accomplished featherweight in the promotion’s history, including two title reigns during PFL’s first iteration as World Series of Fighting and a lucrative 10-0 run across PFL’s first two seasons, Palmer’s status with PFL is on uncertain ground. After requesting his release from the promotion in July 2020, Palmer expressed doubt about his future with PFL earlier this week.

In the opening bout of the main card, Denis Goltsov cemented his spot in the PFL heavyweight playoffs with a brutal third-round TKO of Brandon Sayles. Following a competitive opening frame on the feet, the 30-year-old Russian switched gears and used his grappling to dominate Sayles for the rest of the fight, nearly securing an Ezekiel choke from mount in round two before finishing the job with a flurry of punches from top position just 84 seconds into round three.

With his back-to-back TKO stoppages to start the season, Goltsov locked himself into the No. 2 seed for PFL’s heavyweight playoffs. In the semifinals he’ll face No. 3 seed Ante Delija, who scored a first-round TKO over Chandler Cole on Friday. Opposite them in the bracket will be a matchup between No. 1 seed Bruno Cappelozza, who landed one of Friday’s most vicious highlights with his knockout of Muhammed DeReese, and No. 4 seed Jamelle Jones, who knocked out Klidson Abreu in round one of his preliminary card bout. 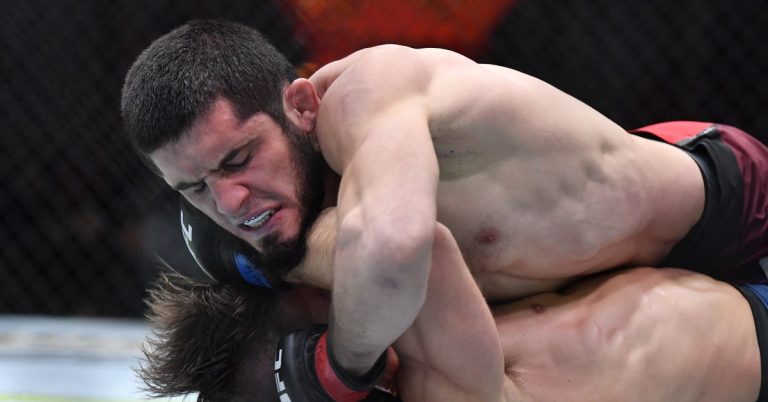